How Ligado Disrupts GPS in the US

April 20th of 2020 Ligado received the go-ahead from the FCC to operate in the L-band spectrum and have since raised $100M in new investments. Ligado’s proposed network will operate very close to the GPS spectrum, which can cause interference. This could have a devastating effect on GPS based infrastructure in industries such as military, logistics, aviation, construction, public transportation and navigation. The US Department of Homeland Security has determined that GPS is important for 14 of the 16 sectors of critical infrastructure. With so many modern systems dependent on GPS the Ligado network could lead to huge disruption.

In this article, you’ll learn a little about the history of Ligado, the details of the FCC decision and why the Ligado network could disrupt GPS infrastructure. Testing shows that Ligado is submitting data based on best-case scenarios, but the situation is much worse than it appears. Finally, we take a look at the importance of GPS to the US national economy and how you can invest in technology to combat the disruptive effects of the proposed Ligado Network.

The History of Ligado

Who is Ligado? Previously known as LightSquared, it’s an American satellite communications company that is attempting to setup custom private networks for industrial customers. The nationwide network will provide support for IoT (internet of things) and 5G. The system will be a mixture of satellites and ground towers.
The movement towards high-power terrestrial transmissions started in 2011, when they requested that their faint signal satellite-to-ground frequencies of the MSS band could be repurposed. The proposal was declined because it would disrupt GPS.
In 2015 they rebranded as Ligado and continued their mission to secure spectrum space. They funded studies completed by Robertson and Associates, and testing done at NASCTN (National Advanced Spectrum and Communications Test Network) and NIST (National Institute of Standards and Technology). Once the testing was reviewed it was clear that Ligado had a disregard for internationally accepted standards and the need to protect high-precision GPS receivers.

The FCC Decision to Approve the Ligado Network 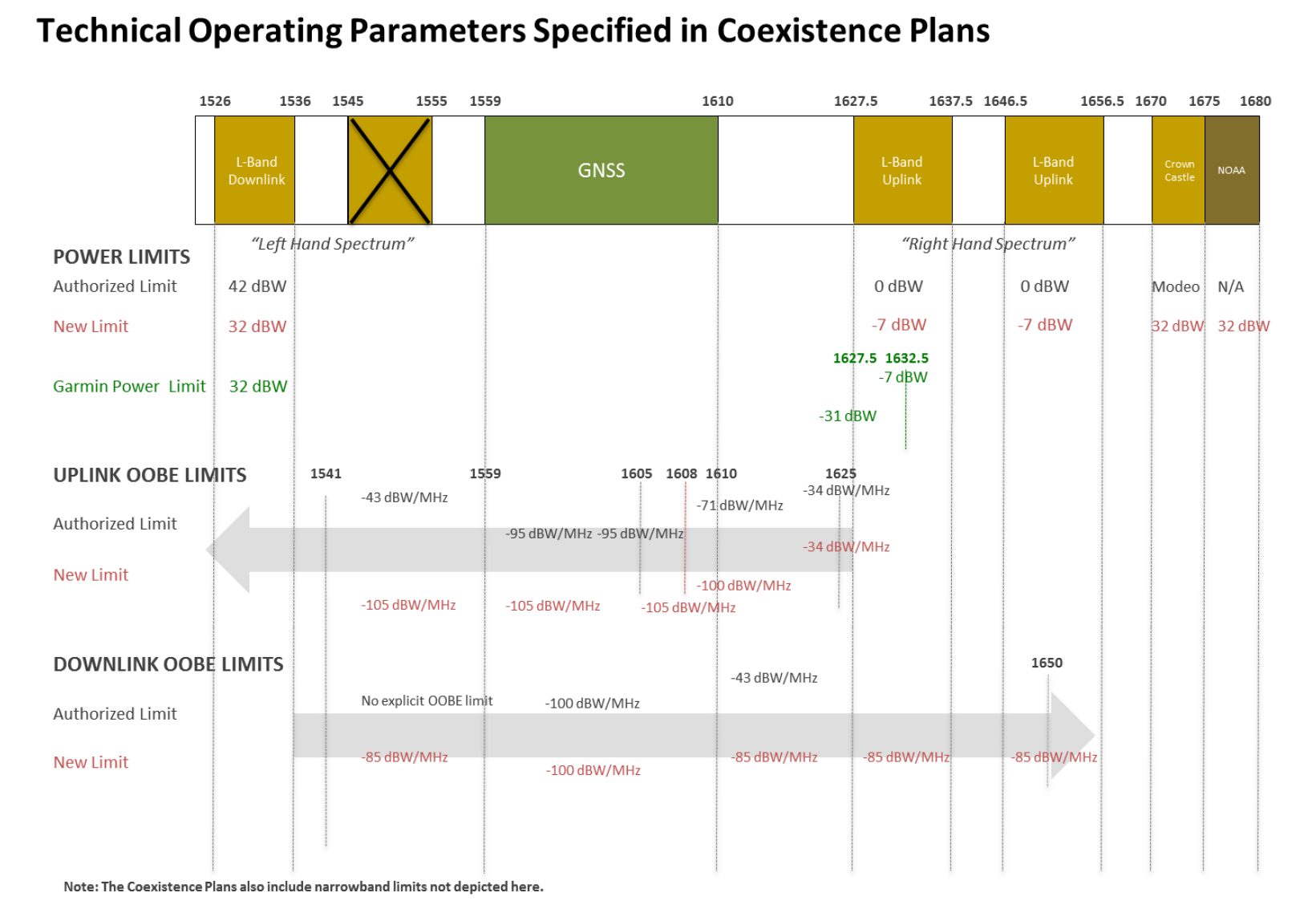 Also, the ground towers would have a spacing of 400 meters, but even at the edge of this spacing, the signal is 5 billion times stronger than GPS power. Previous proposals were declined because the FCC concluded there would be significant disruption to GPS. So what changed this time?

Ligado altered their proposal to reduce the transmission power of antennas by 99.3% (from 32 dBW to 9.8 dBW). Furthermore, there will be a 23MHz guard band to provide distance from GNSS and Ligado signals. Experts such as Defense Secretary Mark Esper share their concerns that these measures don’t provide GPS infrastructure enough protection. However, the FCC ignores the concerns of expert agencies and the military, which fear that Ligado could compromise their GPS equipment. The financial burden would be huge as the military (and other industries) would have to upgrade equipment that’s vulnerable to interference.


GNSS users of the L-band spectrum include Russia (GLONASS), China (BeiDou), European Union (GALILEO) and US (GPS). The biggest problem with the Ligado proposal is that it wants to operate in the 1.6 GHz band, which is too close to the GPS 1.575 GHz band.

Why are Ligado signals a problem for GPS? The issue is that GPS signals are significantly weaker. Even if Ligado’s transmitters operate at the reduced power level of 9.8 dBW, more than half of high precision GPS receivers would be degraded in 10% of the operating region, while 100% of the region would degrade many receivers as ABC testing concluded.

How the Ligado Network Could Disrupt GPS

The Ligado proposal is problematic because much of the testing that the FCC based their decision on was done in laboratory conditions. Here are a few factors that weren’t fully considered:

Before the Ligado network is allowed to go live the FCC should order a round of testing that mimics real-life scenarios. In particular, multiple transmitters should be setup within range of high-accuracy GPS receivers, because they are the most vulnerable.

GPS outage could cost the US $1 billion per day as shared on page 17 of the Economic Benefits of the Global Positioning System report.

Nowadays, it’s harder to find an industry or infrastructure sector that doesn’t use GPS. It’s an amazing technology that has resulted in widespread use throughout the US. However, the Ligado proposal signifies the biggest threat to GPS in its history.

The aviation industry is among the most vulnerable because they rely heavily on high-precision receivers. In particular, UAV Guidance, NextGen & ADS-B, Landing to Cat II and Approach to Airport. The aviation industry represents $65 billion in annual benefits to commercial areas.

What can be done if Ligado successfully implements its network? To overcome the negative effects of the Ligado Network, GPS users should invest in monitoring and resistance technologies. 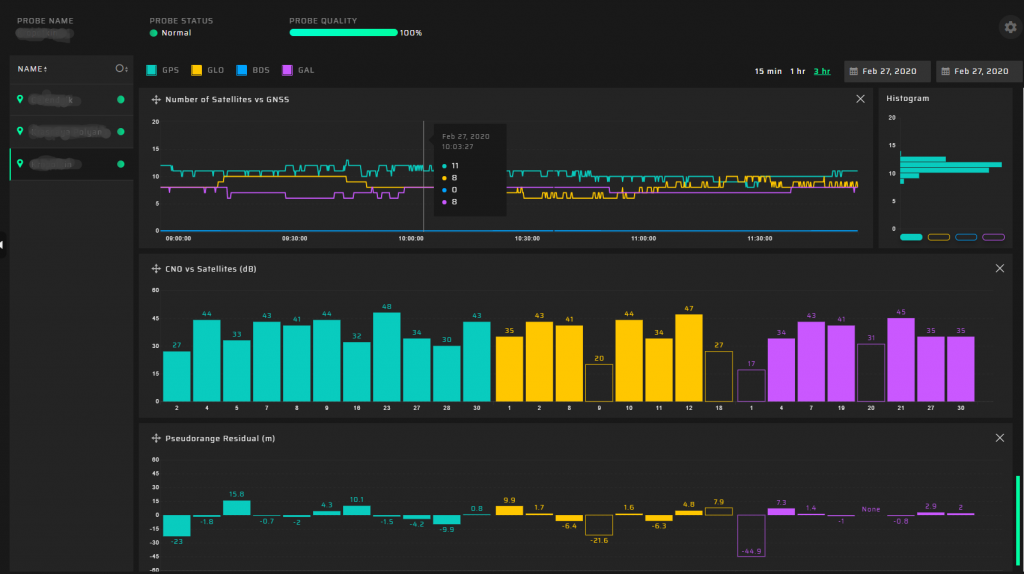 Solutions such as the GPSPATRON can monitor critical GPS/GNSS infrastructure and detect when signal quality is compromised. Understanding when GNSS signals’ quality is low ensures you can take steps to minimize the negative impact to your operations.