GPS Spoofing Circles in the Port of Shanghai 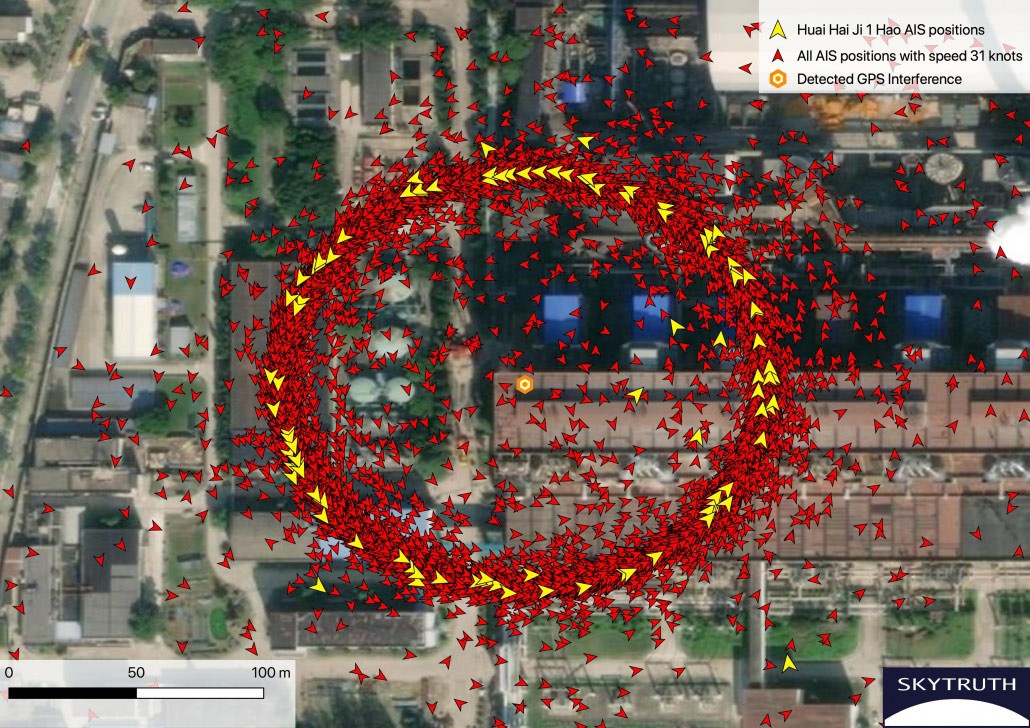 Source: Skytruth
GPS interference can be pinpointed based on this ring of false AIS positions. Approximately 200 meters in diameter, many of the positions in the ring had reported speeds near 31 knots (much faster than a normal vessel speed) and a course going counterclockwise around the circle. AIS data courtesy Global Fishing Watch / Orbcomm / Spire.

The captain of MV Manukai reported the US Coast Guard Navigation Center of a strange AIS system (Automatic identification system) performance. According to the report, the same ship appeared and disappeared on the AIS screen several times at completely different points.

Further investigation showed that in recent years thousands of navigation systems had been systematically spoofed not only in Shanghai but also in 20 sites on the Chinese coast. Experts found several attack zones with a spoofer in the center of a ring of false AIS broadcasts — “crop circles”.

It is remarkable that 16 of the 20 “crop circles” were observed near oil terminals and attacks were performed after tightening of US anti-Iran sanctions. Analysts suggest that these attacks were aimed to hide Iranian oil-tankers that transported oil to China (link).

According to statistics, 50% of accidents at sea (collisions, grounding) are connected with errors in navigation systems.

In June 2019, the ship “New glory” rammed beach promenade just 5 kilometers from the Shanghai Bund. The connection between this incident and spoofing attacks has not been established, but this day dozens of attacks were detected near this location. 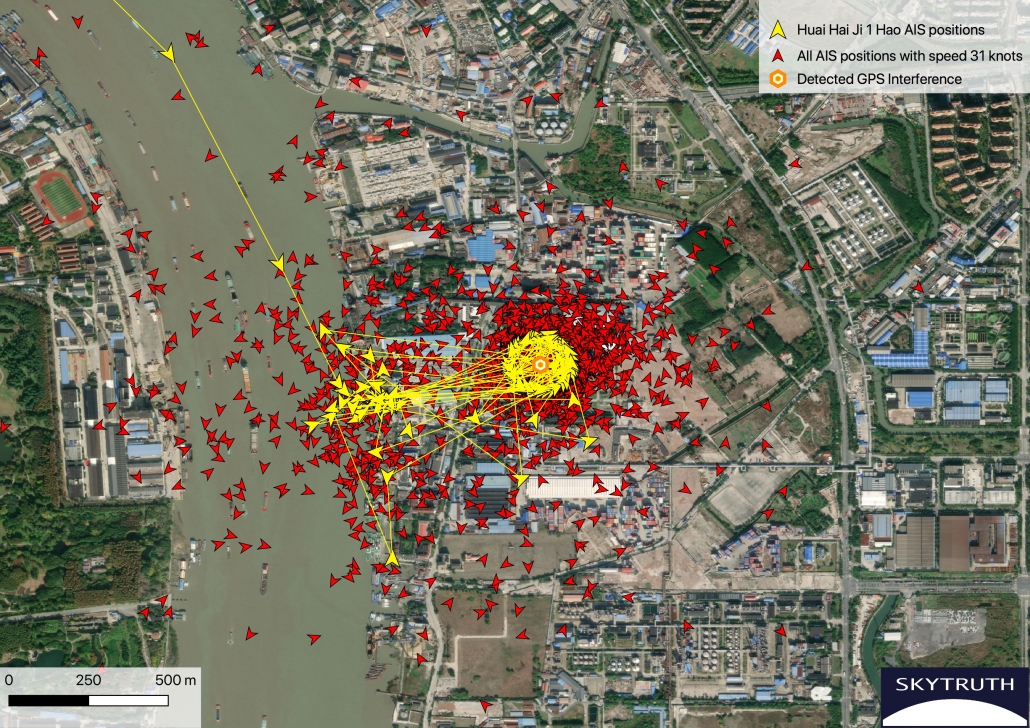 It is much more difficult to detect spoofing in cities because private persons don’t report failures in navigation systems. The problem of spoofing research is actual not only for sea navigation but almost for all areas of life.  Spoofing attack distorts data on all GPS devices — from fitness trackers to tracking devices of rental vehicles.

It is not still known who performed spoofing attacks on the Chinese coast. Perhaps, cargo ships came into the testing zone of a new military complex electronic security system. Or these attacks are the result of internal wars between the Chinese government and criminal groups. None of the versions found public confirmation. Nevertheless, we can make some conclusions.

The above examples show that critical systems can be successfully attacked and the consequences of these attacks can hardly be predicted.